Last week’s episode had a little bit of everything.  It had drama, heartbreak, suspense, and a massive amount of comedy.  Vox Machina survived the Kraken, and Keyleth finished her Aramente.  If you think they’re winding up some loose story threads, you would be right.  However, we have some new threads being pulled, and Vex pledging to hunt down Orcus if her brother comes back.  That’s a mighty quest to take, if it were World of Warcraft, that would be a red quest for sure.  We also saw the first 9th level spell arrive with Shapechange.  The way it was introduced was a cool and interesting way, Matt Mercer came up with something unique to begin introducing epic level spell slots.

This episode did a lot.

It was another much needed break for the characters, to try and process everything that happened.  Vax died, and the group had to make some tough leadership decisions.  Sometimes a group needs time to unwind and just have fun, and this episode was great for that.  This leads us into our Question of the Week.

Does your D&D group take any time to decompress after a tough or emotional session?  Place your vote and let us know how your group deals with those big and epic sessions.

Question of the Week takes a look at #Critters D&D groups this time. Do you have decompression sessions after a big encounter? #Criticalrole

Shout outs for this week start with Caio Santos, who made this amazing oil portrait of Taryon Darrington.  It’s beautiful and something we could easily see in a Wizards of the Coast source book.  It’s a great take on Darrington, as well as making it a bit more grim, +1 Internets for the handlebar moustache.

Our second shout out goes to Bill Washington, this epic scene of Grog powering up the Titan Stone Knuckles is pretty damn cool.  The colours, the contrast, and the energy crackling off the knuckles makes Grog’s power jump off the screen.  This is a beautiful image of how Grog throws himself into combat.

Editor’s Note: We record on Tuesday night at 8pm EST, we have no idea what Talks Machina is going to choose for Art of the Week.  It just shows how damn great the Critter art is.

Finished this up while watching tonight's #CriticalRole It had me in stitches!!
Here's a Titanstoned Knuckled GROG!! #criticalrolefanart pic.twitter.com/FDhDaXsl6D

Don’t forget to subscribe to the podcast for automatic updates and episodes. You can tune in via iTunes or Google Play.  If you want to leave a review and a rating, that would help us out a lot; or join along in the fun and leave a comment or question for us, you can always use #TalkingCrit and we’ll read your questions and comments on the show. 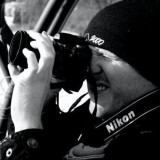